I have been doing a lot of thinking about the different definitions of aggression, reactivity, and fear-based behaviors.  I am, of course, trying to categorize Dolce's issues, but I also think of it in terms of what my clients experience as well.

Dolce's demeanor when he has outbursts appears to be one of a confident, excited, over-aroused dog.  He may be interpreted as aggressive when he's lunging, barking, and growling, but these are signs of discomfort and insecurity.  Here's my thoughts on each of those behaviors:

Lunging - When he lunges, I truly think he wants to get to the other dog.  Why does he want to get to them?  I'm not quite sure, but I know he doesn't want to kill them or harm them.  We've seen that at dog parks many times.  What does he do when he actually gets to the dog?  He barks a lot, and sometimes he play bows.  He nips their tails or rears, and has often pulled out undercoat.  He invites them to chase him, or else he chases them.  I think I'm catching onto a pattern here -- these are ALL play or herding behaviors.  Which misplaced instinct is driving his reactivity?  PLAY & HERDING.

Barking - He alerts me to the presence of the other dog, and alerts the other dog to his/our presence.  I've noticed that if the other dog doesn't bark back, Dolce is able to calm down much sooner.  I'm wondering if the barking is a test...  Does he need to worry about this dog's attitude?  Let's give 'em a hardy bark and find out if they're friendly or foe.

Growling - He generally growls if he's not sure what to make of things.  I think the growling is pure insecurity.  He growls at people he doesn't care to meet as well.  Generally, they totally deserve it, giving him a hard stare or even a frown.  If he has already lunged and barked and the dog has proven unworthy, he growls at the rude invader occasionally.  The growling also lets me know how Dolce feels about another dog once he has ascertained their personality profile.

We've gotten really far pretty quickly these last few weeks.  Dolce was wonderful on the pack walk on Sunday with Angel, a long-haired dachshund/corgi? mix.  He did his overly excited chitter chatter initially, but settled into her presence within 10 minutes with some LAT and treats.  When we're on walks, I can throw treats on the ground, and he will look at dogs with alertness but no negative reaction.  Even up close and personal now -- we can approach strange dogs to within about 6-feet so long as the treats are frequent and the other dog isn't rude.

I would like to offer my own definitions of reactivity and aggression.

Reactivity - a dog who acts out in some way to any trigger (other dog, person, skateboard, stroller, person with a hat or beard, etc.) and is unable to maintain composure without intervention from the handler.

Aggression - a desire to kill or at least harm a trigger (other dog, person, rollerblades, bike, etc.) that has not provoked an attack at a close distance indicating a reasonable need to survive an impending attack.  (This excludes instinctual predatory hunting behaviors.)

Furthermore, it is important to keep in mind the dog's breed's instincts.  Greyhounds are a peaceful breed by nature, but many cannot coexist with small dogs or cats because it engages their prey drive -- a valuable necessity to a successful racer at the track.  Similarly, a terrier who kills a bunny or squirrel is not aggressive.

Kibeth
Has been on steroids since last Monday night.  It hasn't been pretty.  The first 2 days she seemed fine.  The 3rd day, though, she peed in the bathroom (I don't think in the nearly 7 years I've had her, she's EVER peed in the house), had to pee every 2 hours, had to wake us up in the night, AND pooped in the house. :( Poor girl.  Now that we've been able to down her dose to just once per day, she's been OK.  She still drinks more than usual, still needs 5 walks instead of 3-4, and is HUNGRY.  She started trembling/shaking slightly tonight... I don't know if that's related or not.  I don't think she was cold justifiably, it was 74º in the house.  She wasn't doing her excited chitter, her whole body was jiggling slightly.
Despite all this, she shows NO improvement.  In fact, I think she's actually gotten a little bit worse -- she won't play as hardily or as long.  A friend told me that when they get down to just two things they love to do, it's time to start thinking about making tough choices.  Kibeth's favorite things list (in order, I think) now looks like this:


I am just at a loss.  She really has started, it seems like this past week, to look like an old dog.  She's lost a lot of muscle mass in her rear end.  It's hard, because I know it only gets worse from here.  We're hoping the steroids can give us a little more time, make her last while here more comfortable... But I don't know if they can. :(

Dolce
He's made incredible strides since our trip to La Jolla.  I still haven't made a suitable post about that.  Too busy, I suppose.  Rick and I took Dolce to the Sheraton in La Jolla for a weekend getaway (a surprise gift for an early birthday present).  We had a great time, and Dolce was a SUPERstar.  So today was his first Pack walk experience at IDOGS in a while.  How many outbursts?  0.  How many lunges at the other member of the pack walk? 0.  He's made incredible progress this last week or two.  I'm so proud, impressed, and encouraged. The Natural Way Philosophy is Born

I've been wondering what's going to make my training system unique.  So far, I've just been parroting what I've heard.  The only improvement I can offer is that I am sometimes able to use my above-average communication skills to convey something better than it was originally.

What have I come up with?  A Native American influence.  I'm calling it The Natural Way Philosophy.  Some may say I'm going to sound sort of nutty... but that's OK.  I finally found like I've found something that is unique, useful, and makes sense. I've finally found myself as a dog trainer.


An old Cherokee is teaching his grandson about life."A fight is going on inside me." he said to the boy."It is a terrible fight and it is between two wolves.One is evil -- he is anger, envy, sorrow, regret, greed, arrogance, self-pity, guilt, resentment, inferiority, lies, false pride, superiority, and ego.The other is good -- he is joy, peace, love, hope, serenity, humility, kindness, benevolence, empathy, generosity, truth, compassion, and faith.This same fight is going on inside you --and inside every other person, too."
The grandson thought about it for a minute and thenasked his grandfather, "Which wolf will win?"
The old Cherokee simply replied, "The one you feed."
~Native American Proverb


Every time I read an American Indian proverb [or quote] like that, it shoots right through me, straight to my heart.  I am left pondering all the different metaphors the story or quote contains, coming up with so much wisdom, I get this rush of exhilaration.  Usually, these inspirational words of wisdom are very short, sweet, and to the point.  I want to incorporate such brilliance into my training method.

I have begun to focus on a combination of what many would consider relationship-based training with progressive-reinforcement and clicker training.  However, I have a whole new attitude.  I would never have achieved this blissful state of awareness had I not endeavored to incorporate the Native American-isms into my training style.

Dolce feels it.  I can tell.  For example:  We went for a 5.6 mile walk this afternoon.  At every single stop light where we had to wait for the crosswalk signal, I asked him to sit.  He sat as soon as he heard me over the traffic noise, and I pet him.  I verbally praised him.  I gave him his favorite neck scritches.  You know what he did?  He gave me a big smile as if to say, "Yeah, Mom.  This is how it's supposed to work."  Did he ever have an auto-sit at the crosswalk today?  Nope.  Did I mind?  Nope.  He did what I asked, and I was pleased.  He was pleased that I was pleased.  This is how training should work.

I've completely revamped my Granted Wishes K9 website to reflect this change discovery I've made.  I feel very proud of it.  The day after I made the changes, I got a new client.  These changes affect so much more than just my dog training.  It's helping my life. 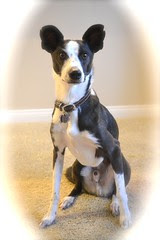 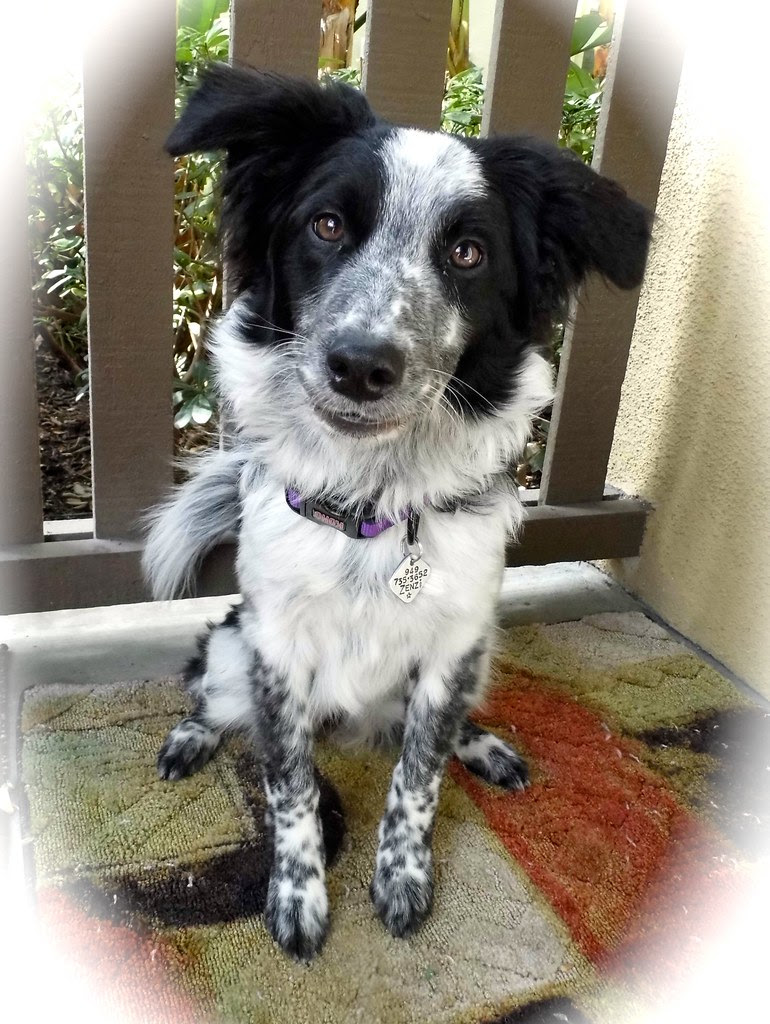 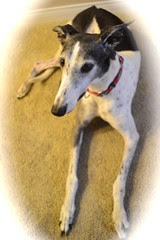 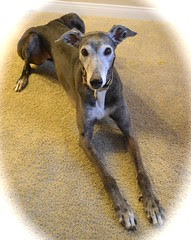